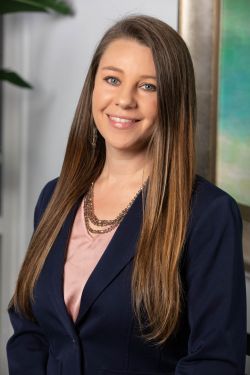 Megan joined MedAxiom in January 2020 as Director of Finance. In her role, she is responsible for all accounting and financial reporting functions.

Prior to joining MedAxiom, Megan gained extensive experience in auditing and compliance.  She began her career as a Junior Auditor at the Department of Defense Contract Audit Agency and later was promoted to Supervisory Auditor.

Megan’s experience in Federal Regulation, specifically in the field of Acquisition, eventually led to a new role at Deloitte as part of their Federal Contracts group. As a Compliance Manager, she was responsible for ensuring accounting practice changes were documented and in accordance with regulation, monitored Management and Government reporting, and assisted in the creation of indirect rate structures for Deloitte in South Africa. She also served as a liaison between auditing agencies and technical employees.

Megan earned her Bachelor’s degree in Accounting from Athens State University in Alabama and later obtained her MBA from Florida Tech.