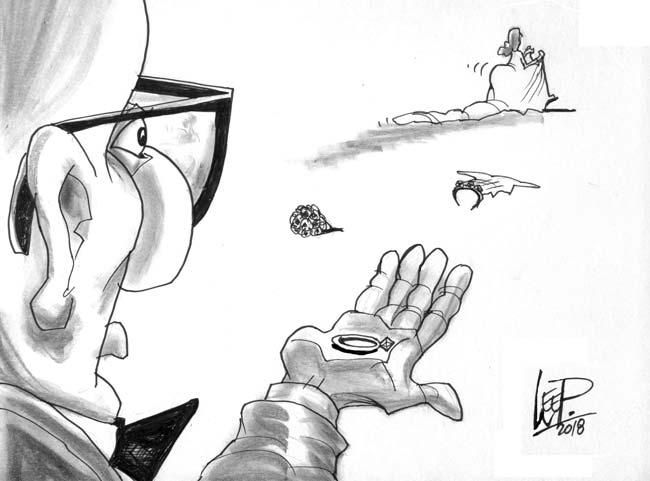 It’s a pleasure to return to cyberspace again as a guest blogger after a long hiatus since my last blog (The last word) back in December. I must admit, I missed getting a chance to convey my thoughts every week—but also want to say how much I’ve enjoyed the weekly blog posts from the MedAxiom team since then. So maybe my “last word” wasn’t really my last word (is it ever?).

Some of you know from my recent MedAxiom listserve post that I am in the unique position of returning to become the CEO of the cardiology group I once helped lead into an integration with their health system partner. In this situation, back in 2010, we had negotiated language in the integration documents to allow for the “unwind” of the employment of the practice, and return to an independent group, under certain circumstances. We are now in the process of that unwinding and this cardiology group will become independent again on January 1, 2019. I’ll have more to share about that unwinding in the future, especially at the CV Transforum Fall’18 conference in October in Austin.

This blog post isn’t about what caused that specific alignment to fail. Instead, I thought I would share some thoughts about why hospital-physician alignments often seem to be struggling or failing when, like the 50% of marriages that end in divorce, they began with the best of intentions and dreams of a perfect union.

In my career I estimate that I have been onsite at 75 or more heart programs spanning the era of pre-employment (1990s and early 2000s), the integration craze (mid to late 2000s to 2012) and post integration (2013 to today). Here are two conclusions. First, successful and sustainable alignment between health systems and physicians is hard and, as a result, is the exception rather than the rule. Second, the alignment vehicle—whether it is a co-management arrangement, a PSA or employment—is not the correlating factor to success. Alignment can struggle (as it most often seems to) or succeed (as it occasionally does) under any of these legal agreements.

So, we are faced with the long-standing questions: What are the attributes of successful hospital-physician alignment? Why does it work in some places and not others?

I tried to tackle that question in a blog post last year: Results are in - The key attributes of hospital physician alignment. That research, and the various group discussions that were associated with it, confirmed that there are some attributes that are consistent with successful alignment such as Trust, Consistency of Relationships, Shared Inter-Dependent Vision, etc. I think that if you conduct a post-mortem on any failed alignment, you will most likely find the absence of these three components (among other things). At least that has been my experience.

If you are looking for something like a roadmap on how to get to stronger alignment, one place to start might be the 2015 whitepaper from the American Hospital Association and American Medical Association, Integrated Leadership for Hospitals and Health Systems: Principles for Success. This offers some specific tactical approaches for how hospitals and physicians can bridge their differences in culture, values and expectations. Another place to start might be developing a Compact between the health system and physicians.

Despite all that, there is one issue as deeply rooted somewhere at the heart of any struggling or failed alignment: the impositions of health system decisions and programs inflicting deep lasting wounds with physicians. A July 26, 2018 STAT article eloquently captured the concept: Physicians Aren't Burning Out They Are Suffering From Moral Injury.

We all know that any alignment vehicle ultimately has some aspect of compensation involved, either as the entire compensation plan (employment and most PSAs) or incentives (co-management) or both. Where I see moral injury often being inflicted is the common philosophy by health systems that physician compensation must be linked to productivity. In fact, in the recent MedAxiom webinar, Getting Deep into Pooled Compensation, Joel Sauer shared that 64% of employed cardiology practices are in a 100% productivity (assumedly wRVU) compensation model whereas only 4% of private cardiology groups are. This is a very interesting contrast.

What does this have to do with moral injury? I think quite a bit. You see, there can be a common belief among health systems that “physicians won’t work hard unless they are paid on production.” I’ve heard that many times, even from health system physician CEOs. This prevailing attitude is one of the ways that moral injury is inflicted on physicians by challenging their belief systems—it disrespects their decision-making, insinuates money (volume) is more important than quality, and disengages them from the greater good. This conclusion is echoed by author Daniel Pink in his book Drive - The Surprising Truth About What Motivates Us.

I’m not suggesting that 100% salary for physicians is the answer. What I am suggesting is that alignment with physicians will continue to suffer as long as we keep perpetuating an environment that inflicts moral injury from poorly designed compensation plans, insistence that all specialties must be treated exactly the same in a medical group, by taking away individual practice governance, by not respecting and promoting physician leadership and involvement in decisions, by not being transparent with data, etc.

Want to do a postmortem to resurrect your alignment? You might start by reflecting long and hard on where you are inflicting moral injury. Better yet, ask the physicians. But don’t be surprised if they don’t trust you enough to think there is some hidden motive behind the question and are reluctant to be honest.

The opinions expressed in guest blog posts do not necessarily reflect those of MedAxiom.