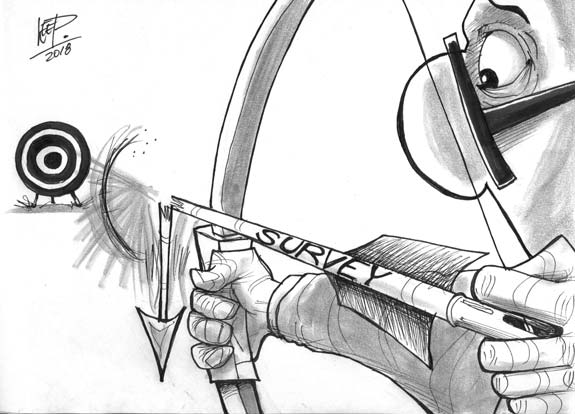 A few weeks ago, I was contacted by a MedAxiom member late on Friday afternoon. She had been notified that an RVS Update Committee (RUC) survey for Nuclear Cardiology had been distributed via email, but returns were lagging. I later learned it was specifically regarding Cardiac PET. My immediate reaction was to “get the word out” so I posted several messages on our listservs. At the same time, targeted reminders were sent by the ACC, SNMMI and ASNC to those who were selected for the survey. Those notifications worked; it was reported to me that the weekend response was good.

Here is my problem: The AMA has the contract to survey on behalf of the RUC. The AMA and CMS are, in my opinion, overly concerned with messaging that goes along with the survey. They believe they can’t bias the survey results by telling the cardiologists that the information they provide will impact payment. Cardiologists receive the survey and complete it to the best of their ability. Do they ask for input from their colleagues? Do they ask for help from their administrators? The reality is that many “normal” hard working cardiologists have no idea how to answer some of these questions, so unfortunately, some return surveys with inaccurate information.

In 2006, surveys were sent to cardiologists to determine the overhead trend over the previous five years. A small number of surveys were received and the results showed that overhead had dropped 35%!  Now we all know how inaccurate that was. We complained. CMS hired a consultant to review the process. I worked with him to show how overhead had increased during that timeframe. I showed how our MedAxiom data were evenly distributed by geography, by group size and ownership model (with the exception that we had only a handful of academic groups). The consultant was impressed with the difference between our data and the survey data. He made several recommendations to CMS, but CMS stuck with the RUC survey results. Not surprisingly, many other specialties strongly opposed using anything other than the RUC survey to set practice expenses. Remember, if our slice of the pie shrinks, the slices of other specialties grow.

Back to the PET survey…. Surveys were distributed to cardiologists, regardless of whether or not they performed PET, and a cardiologist was not allowed to hand the survey to his/her PET colleague – the one who received the email was the only one who could complete it. CMS has a database that would allow the AMA to select only those cardiologists who perform PET. Wouldn’t that make sense?

Bottom line: the survey process needs to change. We need a better selection process and yes, it should be random and non-biased. Respondents need to know what the survey is being used for. Sure, some will answer with the intent of getting higher reimbursement, but those answers will be outliers and statisticians know how to handle outliers. Can’t we show some trust here? You know the old adage, “If it ain’t broke, don’t fix it.”  Well, this process is definitely broken and it needs to be fixed!

Pat White, MPH, Senior Advisor of MedAxiom, is a trusted cardiovascular healthcare leader and statesman. Pat has been in the healthcare management field for over 40 years. Prior to joining MedAxiom, Pat was in medical group practice management for 17 years. He spent 13 years with the Henry Ford Health System, including five years as the Administrator for the Department of Internal Medicine. He also served as the Executive Director of Michigan Heart, a 36-member cardiology practice in Ann Arbor.

Pat does senior consulting work and currently serves on the board of the Cardiology Advocacy Alliance.