Managing the Modifier Maze  Correct Usage Is Vital to Your Claims

Modifiers are essential to getting our claims paid correctly. Without them, you could miss out on dollars earned; essentially leaving money on the table. Yet, if they are used incorrectly, it can cost you a lot of money and possibly trigger an audit.

When I sat down to write this blog, I thought of the one statement that gives me heartburn and keeps me up at night – “Just throw a modifier on the claim to get paid.” Nothing strikes fear in the hearts of billing managers, seasoned coders and auditors like that statement. It is NEVER appropriate to add a modifier without the medical necessity to use them. 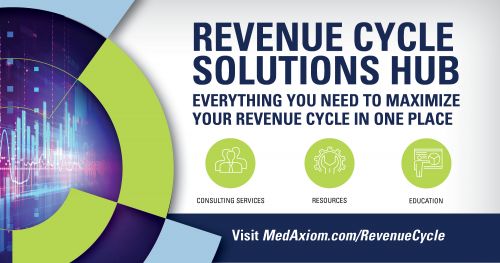 Nicole Knight, VP of Revenue Cycle Solutions at MedAxiom said it best, “Just because you got paid, doesn’t mean you get to keep the money.” This is a true and profound statement. If nothing else, keep this tidbit in mind. Below I’m going to give you some tips and advice for navigating modifier usage.

Let’s start with the purpose of a modifier. Modifiers are used to signify that something about a service has been altered by a certain circumstance but does not change the definition of the code itself. There are two types of modifiers: Current Procedural Terminology (CPT) modifiers and Healthcare Common Procedure Coding System (HCPCS) modifiers. Most of the CPT modifiers affect payment, while most of the HCPCS modifiers are informational. It is important to note, when multiple modifiers are used on a code you need to list the ones that affect payment first. Modifiers are found in appendix A of the CPT manual and appendix 2 of the HCPCS manual. It’s very important to use the current manual for information.

First and foremost, ensure that you are meeting the modifier requirements. Never add them haphazardly to any claim. Be sure you are following your Medicare carrier’s guidance and Centers for Medicare and Medicaid Services guidance. Also, you need to know your commercial carrier’s instructions on modifiers. Some commercial carriers use them in a completely different manner than Medicare. I remember when I was in a practice, we had a commercial insurance carrier that wanted 59 modifiers added to EKGs when done at the same time as an office visit. With Medicare the proper modifier would have been a 25 on the office visit and nothing on the EKG, but when in Rome you must do as the Romans.

Second, keep in mind that not all Medicare carriers are the same. For instance, some Medicare carriers want 51 modifiers added to multiple procedures and some don’t. If you apply the 51 modifier when it isn’t required, you could be reducing your reimbursement on that particular code twice.

Third, always be careful when unbundling procedures. Modifier 59 is always on the Office of Inspector General’s watch list for over usage and incorrect usage. Never add the 59 modifier just because it’s allowed, make sure that there is a distinct and true need for it. A great cardiology example is when a patient comes to the ER with chest pain and they are rushed into the cath lab for a cath and possible intervention. As you know caths and interventions bundle but in this scenario the cath would be diagnostic, and the intervention based off of that cath; therefore, use the 59. If it’s a planned intervention and there has been a previous cath, then you would not use the 59 on the cath as it would be considered road mapping; hence you would code for the interventions only. There are some exceptions to that rule.

Fourth, make sure you are using proper modifiers if you are billing for a procedure/test done in a facility, where you may need to report the code with a 26 modifier. That would indicate that you are billing for the professional component of the service since you don’t own the equipment.

Fifth, if you meet the requirements to use modifiers, be sure that you do. Otherwise you won’t be reimbursed for the maximum amount. Many electronic medical records (EMRs) have rules in place to catch when a modifier is needed, but they won’t be all encompassing so you cannot solely rely on them.

Lastly, when in doubt ask your billing manager or coding supervisor. Check your official resources. Managers: make sure your coding department has proper training on using modifiers. I cannot stress enough the importance that they are used correctly.

The proper use of modifiers is extremely important and a necessity to correct coding. It’s vital that you keep up to date on the NCCI edits, CPT/HCPCS instructions and Medicare National and Local Coverage Determinations, to help you use modifiers properly. Below I have listed some important resources to help you in your quest of managing modifiers. Remember: “Just because you got paid, doesn’t mean you get to keep the money.”