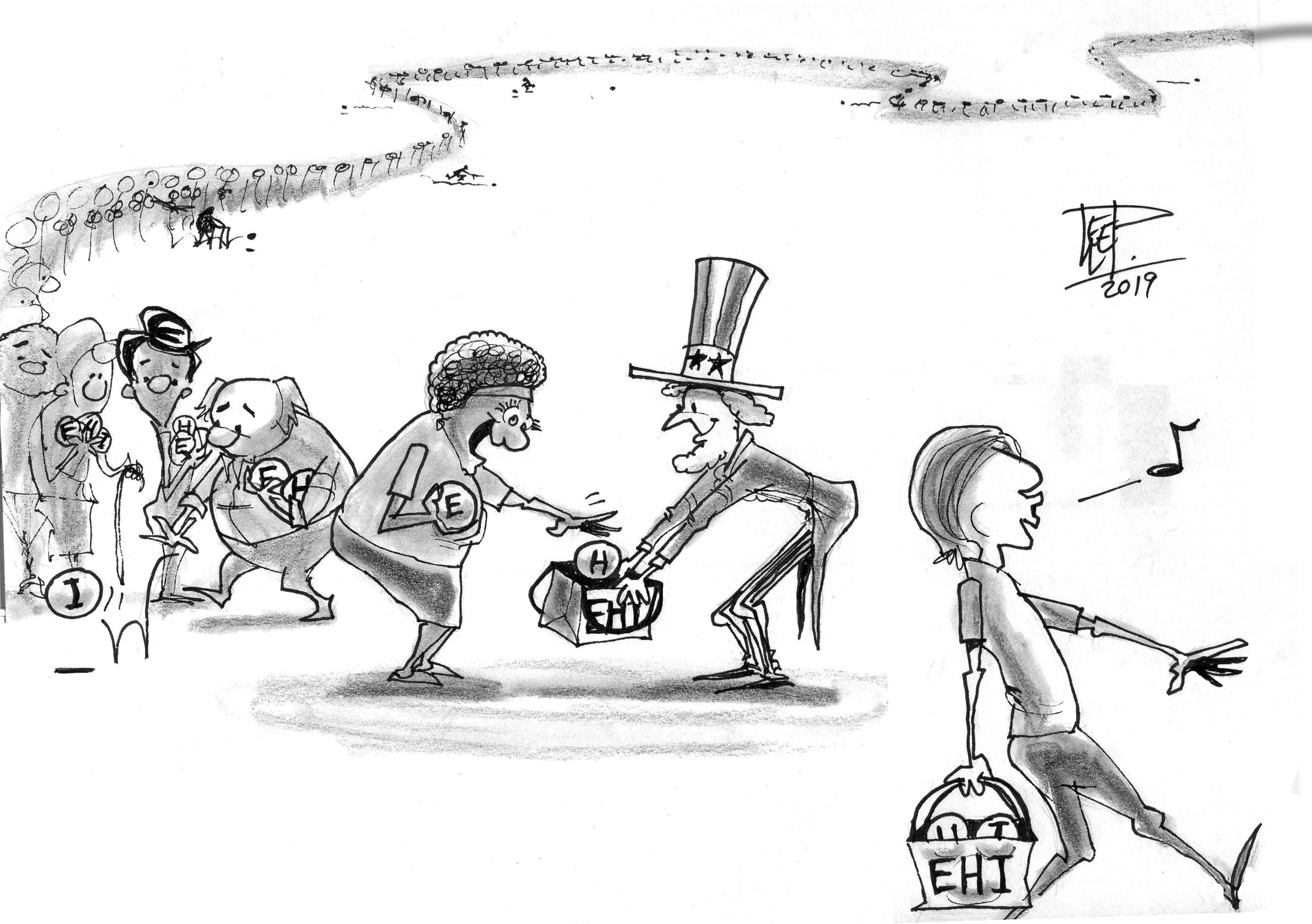 Last month, the long-awaited dream of patients being able to access all their medical and insurance information from any device, and take it with them to another provider or healthcare organization, got a major boost toward becoming reality.

It’s been ten years since President Obama introduced the HITRUST Act of 2009, which launched us toward the proliferation and use of electronic health records (EHRs), as well as the widespread use of HL7, FHIR, and other nomenclature and technology standards. In a February 11 press release, HHS said it will require the industry to adopt standardized application programming interfaces (APIs) that enable EHRs and other healthcare technologies to integrate and seamlessly move electronic health information (EHI) between and among them by 2020. It will not only be directed to providers. It also includes payers who must make data available to the patient, and Health Information Exchanges. The net result is that consumers will be able to securely access structured and unstructured data using smartphones and other mobile devices. And, they’ll have access to all their data - not just what they can get from patient portals today. As well, researchers and innovators will be able to access data to use for analytics, quality improvement, and technology development.

The significance of this proposed rule cannot be understated. If you’ve been in healthcare for a while as I have, at some point you’ve waxed poetic about a day when patients would be able to request their complete medical record from any physician or healthcare organization, and it could be easily be provided electronically. Despite many efforts toward making this happen, we’re still not there yet. A big reason is that the patient is still not at the center of the care equation. But a critical component of the new rule is that it is patient and consumer-centric. That means the ability for us to control our medical records for an entire lifetime is closer than ever before.

I’ve been a “patient centric bigot” since the 1990s when my mother was diagnosed with esophageal cancer. She was diagnosed at the University of Chicago, but she and my father were living in Florida most of the time then. My eight siblings and I lived in Chicago and other cities. We got mom into a radiation oncology trial that extended her survival for many happy years. But coordinating her physicians in Tampa, Brooksville, FL, Chicago, and Lake Geneva, WI wasn’t easy. And when the cancer returned years later, she had seven doctors in multiple cities. Some of our attempts to transfer her records were actually blocked by the hospitals - remember, there wasn’t a patient bill of rights back then. All told, our family spent tens of thousands of dollars on airfare to be mom’s advocate as she underwent treatment. Because there was no other way of doing so, unless we were there in person. I would venture to guess, that most of you can come up with your own examples of managing care for loved ones and taking on the role of their advocate.

Things have gotten better since the 1990s, of course. But we still don’t have a patient-centric system, and a lot of that has to do with who has the patient’s record and what can be done with that data. The interoperability standards requirement in this new rule will change this for the better, and permanently. The real beauty of the rule is its focus on the patient and consumer. For example, patients will be able to access their data from smartphones and other mobile devices, at no cost. This is a big step toward creating a pathway to greater patient choice and personalized, precision medicine.

These requirements have been a long time in the making, but HHS Administrator Seema Verma is accelerating the pace. Since assuming her role, Verma has become known for acting fast and staying focused on innovations that relieve administrative burdens and provide safe and effective care. Giving patients and providers seamless access to information, in a usable format, does both.

The open comment period ends on May 19 and the final rule is scheduled for publication in July. Here are a few things to keep in mind.

Here are a few actions you can take to get a jump on all this.

First, share this blog with the physicians and all staff and distribute this CMS Fact Sheet. Because this rule gives consumers much more access and power, established policies and the culture of staff-patient interactions will change. Prepare the staff for this now.

Second, if you are an independent practice, talk to your EHR vendor soon and ask about their plan for meeting the ONC rule requirements. Find out if they have at least a rough timeline estimate for testing, implementation, and training, and whether any of these things will be a cost to your practice. Better to budget for that now than be surprised later. The rule does allow for vendors to pass along some of the costs to organizations. Just not to the consumer.

If your program is part of a health system, ask the IT department what’s planned for vendor updates and rollouts, and if you participate in a health information exchange (HIE), ask how the network may be impacted. In both cases, there may be downstream workflow changes you and your team will need to make.

Stay tuned as I address the industry reaction to the Rule and bring focus to the most important aspects that affect you.

Michael Mytych is the founder of Health Information Consulting, LLC, based in Menomonee Falls, WI. Mr. Mytych is an expert in hospital and physician systems including EHR’s, HIE's and Analytic strategies that support Population Health and Value Based Care. He has conducted over 100 EHR vendor selections for a wide range of physician and hospital organizations, and worked with over 20 major Health Information Exchange Projects, both private and public, throughout the United States. His company’s sub-clinical specialization areas include cardiovascular, oncology, and transplant medicine.

This article is incredibly informative and well written. Thank you for bringing this issue to the forefront of the patient?s ability to control their health information.